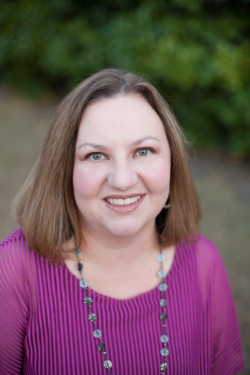 Baker replaces Brent Colwell, who retired from the college in February 2020. Baker has been serving as interim director of the division since Colwell retired.

Baker joined the Temple College faculty in 2013 as Director of Choral Activities, and was named chair of the Music Department in 2016. Throughout her tenure at the college, she has served as director of the Temple College Chorale and the popular Vocal Point musical theatre group.

Baker played a leading role in establishing a new bachelor’s degree program in music at Texas A&M University-Central Texas that is offered in partnership with Temple College. She has served as coordinator of that program since 2017.

A native of Temple, Baker says her interest in music/theatre started in church as a child, and continued under the guidance of her beloved teachers at Temple High School, where she was a two-time All-State Choir member and multiple-time All-Star Cast Member for UIL One Act Play.

She earned a bachelor’s degree in music from Southwestern University in Georgetown, Texas, and began her teaching career by serving as a choir/theatre teacher at Bonham Middle School in Temple from 2002-2008.

Baker later earned a master of music degree from Boston University and a Ph.D. in music education from Louisiana State University.

“We are so fortunate to have Dr. Baker as one of our new campus leaders,” said Temple College President Dr. Christy Ponce. “She is incredibly talented, creative, and will take our fine arts division to new heights.”

The Division of Fine Arts at Temple College includes the Music Department, the Visual Arts Department and the Speech/Humanities/Drama/Dance Department.

“I am so proud and excited to continue to serve the fine arts community in my hometown,” Baker said. “There is nothing more rewarding than watching our students follow their dreams.”